Marianne Musgrove is an award-winning South Australian children’s author and a workshop presenter. She is also a descendant of King Henry VIII’s librarian so you could say books are in her blood! She won the 2008 Australian Family Therapists’ Award for Children’s Literature for The Worry Tree, the 2011 Swiss Prix Chronos for Don’t Breathe a Word (German edition), and was short-listed for the 2013 Prime Minister’s Literary Awards for The Beginner’s Guide to Revenge. In 2016, she became a May Gibbs Children’s Literature Trust fellow and a Max Fatchen fellow.

My name is Marianne Musgrove and I’m a recovering worrywart. Here’s a picture of me, aged four, worrying. 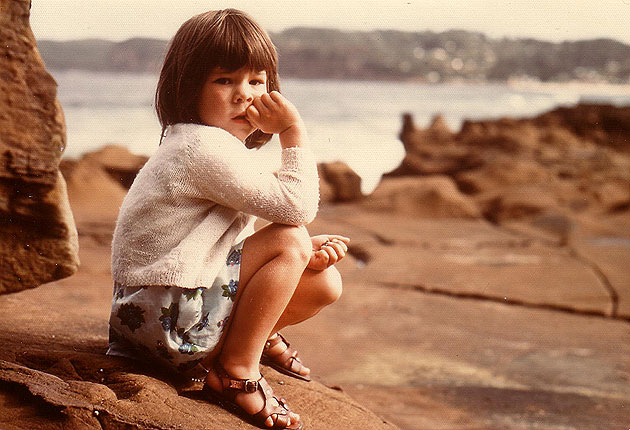 This should come as no surprise to anyone because all writers are meant to suffer during their childhood.

Examples of my suffering 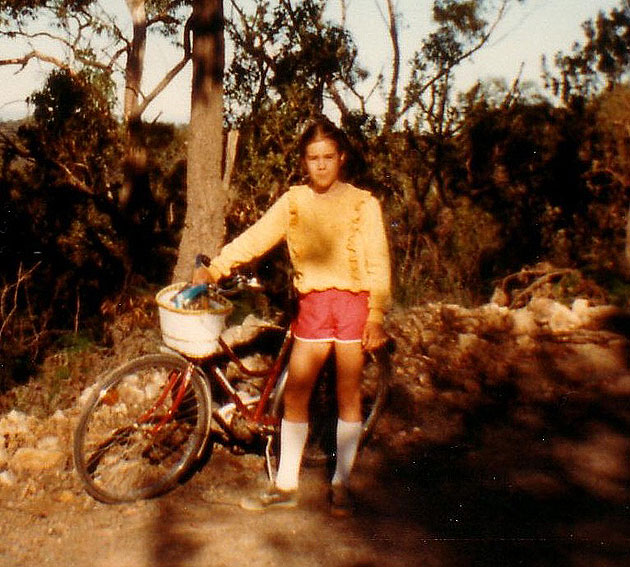 I was subjected to home haircuts.

(Actually, this is my sister, not me, but still, you can see what we were up against.) 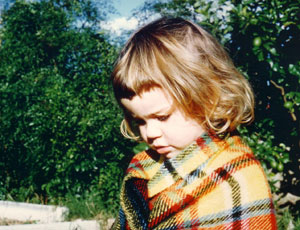 See the beautiful, artistic hat I’m wearing in the below photo? When I was in kindergarten, I was falsely accused of getting a grown-up to make this hat for me, then passing it off as my own work. For the record, that hat was entirely my own design and construction. 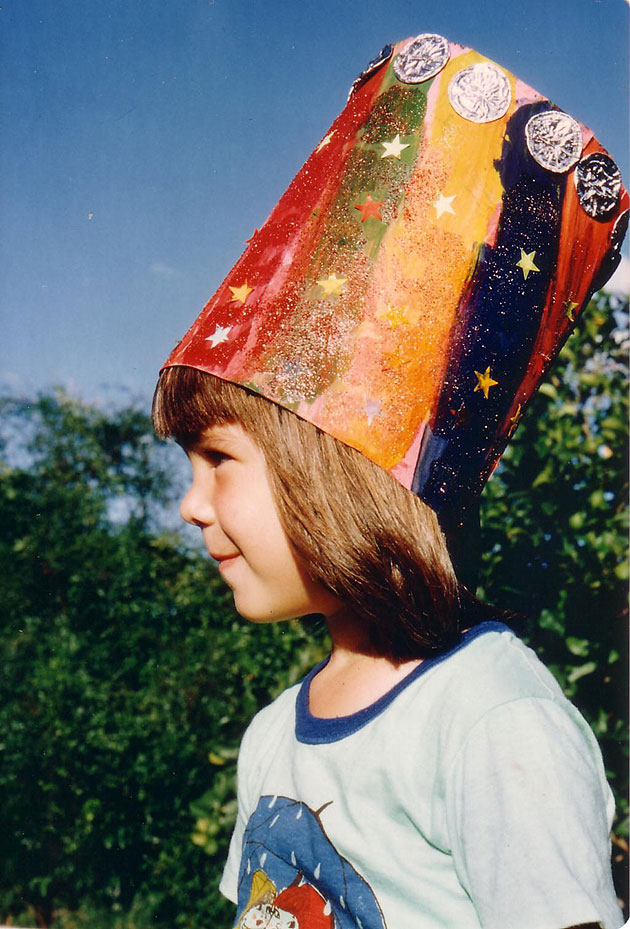 When I tried out for my dance school’s ‘Underwater Ballet’, I was cast, not as a mermaid or a sea nymph or something cool like that. No, I was cast as a piece of seaweed. That’s me in the back row, third from the right. 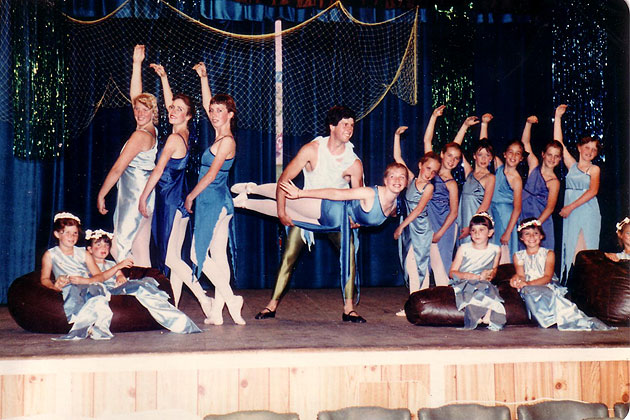 Where I grew up

I live in South Australia these days, but I was born in Sydney to an Australian mother and Dutch father. I grew up in outer-suburbia with my younger sister and my imaginary friend, Horsam. You can see Horsam and me in all of the above photos. (Horsam’s the invisible one.)

Sunny moments in my childhood 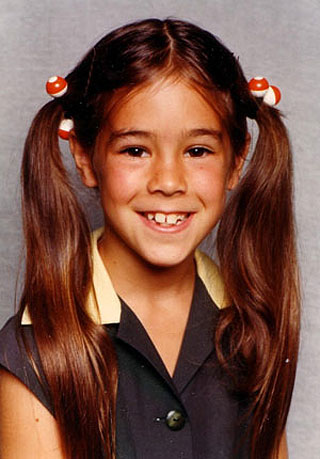 Me, age eight, in my ever-present pigtails.

Fortunately, my life was not all torturous suffering. For example, I liked to take comfort in my routines, always wearing my hair in bunches, eating Vegemite sandwiches and wearing long socks. I did this every day for many years.

When I turned eleven, I decided it was time for a change. I spent the next six years wearing my hair in a pony tail, eating peanut butter sandwiches and wearing short socks. 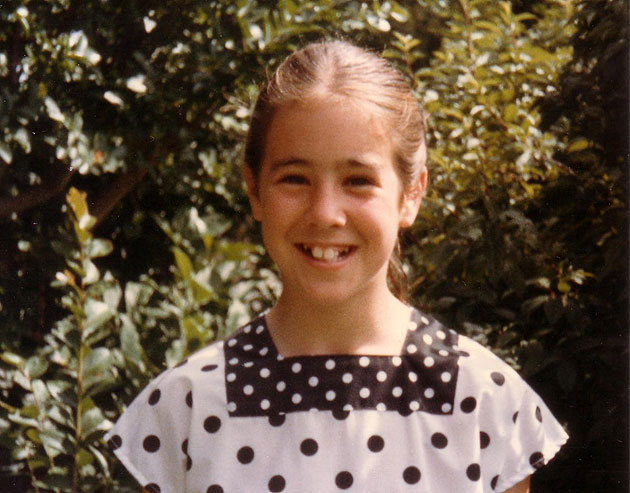 Me in my ever-present pony tail. (Yes, those are my real teeth.)

I’ve always liked writing stories. Here’s a certificate I was presented with for my story-writing abilities. 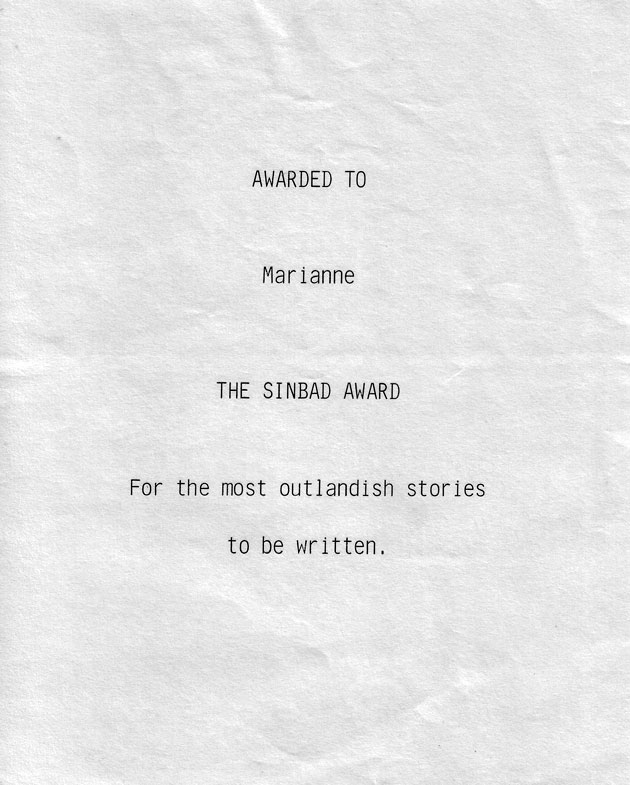 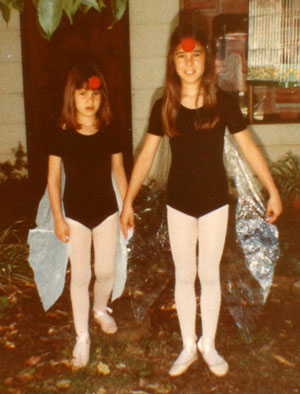 My sister, our neighbours and our cousins liked to make up plays and musicals and perform them for the neighbourhood. This often involved elaborate costumes. Here are my sister and me dressed as cherry nose cicadas.

We had a lot of fun back then.

When I got older, I went to university where I studied English which I loved, and law which I loathed. I ended up with a Bachelor of Arts. (Law fell by the wayside.) I also have a Bachelor of Social Work. Over the years, I’ve worked in various jobs including tomato picker, social worker and museum guide for kids – however, writing for children is by far my favourite job!

The Beginner’s Guide to Revenge

The Beginner’s Guide to Revenge

Where do you get your ideas from? 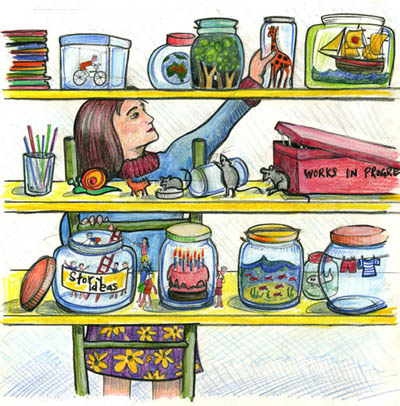 The Library of Story Ideas, cartoon by Rachael Eggins

Most of my ideas come from my own childhood. It might just be a memory of how I felt when I was falsely accused, or what it was like to bake a cake using my own experimental recipe. Then my imagination takes over and a story is born.

When did you first start writing?

I wrote my first full length novel the year I turned eleven: a romantic thriller featuring my classmates. Once I finished school, I got distracted and didn’t pick up my pen again, creatively speaking, until I was 28. That was the beginning of The Worry Tree, although it was another six years before that book was published.

What inspired you to become a writer?

I come from a family of storytellers. My grandma used to give dramatic public poetry recitals and make the audience cry. I also had a string of excellent teachers who inspired me to write and write and write. In my late twenties, I spent an afternoon reading back over my old diaries. I came across an entry I’d written when I was sixteen: ‘I think I’d like to write a book,’ it said. Not long after I read this, the opening chapter of The Worry Tree came to me.

How did you get published?

I rewrote my book a million times then got friends and relations to look it over and give me feedback. I made myself listen to this feedback without arguing back (no easy task!).

Later, I sent my book to someone called a manuscript assessor. Manuscript assessors have experience in looking at people’s books and telling them what needs work. They also tell you what’s good about the book, so you don’t go away completely depressed. I had a couple of these done and rewrote my story accordingly (when I agreed with the feedback, that is. As you’re the writer, you still need to listen to your inner voice; it’s your story, after all).

Later, I was lucky enough to be signed by an agent following a letter of recommendation from one of my assessors. It was my agent’s job to send my book out to different publishers to see if they liked it. As it happens, Random House Australia did like it, and the rest is history.

Are you available for school visits?

My favourite Australian author is Robin Klein, who wrote the Penny Pollard books and Hating Alison Ashley. She’s hilarious and her characters are gutsy. John Marsden is also great. His characters stay with me long after I’ve finished the book and put it back on the shelf.

Jacqueline Wilson is my favourite UK author because her characters are so real. Even though her storylines are about serious topics, she writes them in such a light-hearted way, you don’t feel weighed down.

I really like Beverly Cleary’s Ramona books, the Anne of Green Gables series by LM Montgomery and Robin Klein’s Penny Pollard books. My favourite book for adults is Muriel Spark’s The Prime of Miss Jean Brodie. I also like the work of Anne Tyler.

Are any of your characters taken from real life?

My characters start off a lot like people I know but, after a while, they start behaving in ways the original person never would have. That’s when I know my story is taking shape; when the characters start to do their own thing, almost as if I’m not in charge.

The main character in The Worry Tree, Juliet, is based on parts of me as a kid, except I wasn’t anywhere as neat as she is (just ask my mum!).

Where do you do your writing?

Inspiration tends to strike around 2 a.m., usually without warning. For this reason, I keep a notepad by my bed so I can jot down any ideas and get back to sleep. I flesh them out the next day on my computer in my incredibly messy study, otherwise known as The Room That Must Be Locked When Visitors Come.

What are your interests?

I love reading, catching up with friends, playing with my niece and nephew, the beach, watching BBC period dramas and eating Dutch cheese (before I discovered I was dairy-intolerant).

How old are you?

I was born in 1972. For Doctor Who fans, that means I grew up in the era of the third, fourth and fifth doctors (Jon Pertwee, Tom Baker (best doctor of all time) and Peter Davison).

What are your favourite things?

Where do you live?

South Australia, although I’ve also lived in Sydney, Canberra, Holland and the UK.

Do you have any brothers or sisters?

I have one younger sister.

What jobs did you have before being an author?

If you weren’t an author, what would you be?

A professional de-clutterer. Like Juliet in The Worry Tree, I love sorting things (despite the state of my study). In fact, I have to be careful not to do any filing or sorting before bedtime as I get so absorbed in it, I can’t get to sleep.

Other alternatives include: counsellor, advocate for people living on the margins, editor, carpenter and book-binder.